“Occupational Therapy” in a Way That Makes Sense 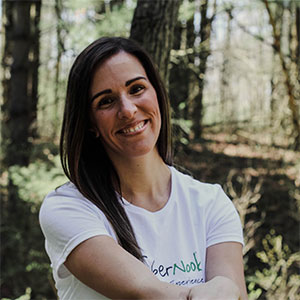 When I first became an occupational therapist in the school system, I had an experience that bothered me for years to come. Fresh out of college, I was sitting down to assess a third grade boy’s fine motor and penmanship skills. It was clear that he was less than enthusiastic to write when I asked him to print the alphabet. As the minutes passed, he became increasingly fidgety and agitated. He started yelling over and over, “I can’t do it!” A sense of hopelessness seemed to overcome him as he finally slumped on the desk.

I decided to ask him to write a few sentences about something he enjoyed. He picked his head up and appeared to be at least mildly interested. He started to write about his, “Call of Duty” video games. As I watched him attempt to print about the R-rated video game, I became concerned as his head got closer and closer to the paper. He pressed hard and long on the pencil and the barely legible words spilled angrily across the page in a downward spiral. The content was troubling to say the least. So much about this assessment and our subsequent treatment sessions disturbed me enough that I’ve never forgotten it.

Following that assessment, I went to the teacher with what would become my usual recommendations: “body breaks” so he can move more, a list of focus strategies, and cursive for his illegible printing full of reversed letters. The teacher may as well have patted me on the head and said, “Oh that’s sweet. You’re new here aren’t you?” She told me this child had no educational assistant, so essentially no support to accomplish these recommendations. She said the curriculum was “chock-full” and cursive wasn’t part of it. Finally, she explained that this child was aggressive and disruptive in class, so his printing was the least of her worries.

Not only was there no effective carryover of therapy ideas into the classroom, but I was only able to see that little boy five or six times before I was forced to discharge him and move on to the next child who had been waiting three years for services. With little support and time, I was not able to make the impact that I had hoped for in this boy’s life.

That particular year in the schools caused me many sleepless nights and left me wondering, “what is happening here?” Why were so many children being referred to occupational therapy for difficulties with attention, fine motor, and sensory processing? At the same time, I continued to feel a sense of helplessness, as I struggled to advocate for children in an educational environment that appeared to be drastically different from the one that I grew up in. The years of plenty of recess and hands-on learning opportunities seemed to no longer exist. The new normal was to focus on math, writing, and spending most of the day sitting still and being quiet. It seems we have exchanged learning through “real” and meaningful experiences for dampened down, adult-directed activities that have all the children crying out for help in one way or another.

When I reflect on my brief school stint, it still leaves me with feelings of despair. I became an occupational therapist to actually help children, yet in just a few short years I was becoming increasingly discouraged as I ran into countless obstacles to do this work effectively. Over the next seven years, I made it my mission to read everything possible about child development. As I read, I remembered the importance of true play, face-to-face connection, time in nature, and adequate movement opportunities. In recent years, these things have been significantly reduced for both adults and children alike. When I read Angela Hanscom’s book, “Balanced and Barefoot,” all of my research seemed to come together in one book and it all made sense! I knew I had to become a TimberNook provider. Finally, I could work with children as an occupational therapist in a way that made sense to me.

TimberNook combines health promotion/prevention with therapy in such an absolutely simple, but brilliant way: inspire children to play the way they are meant to, enable them to explore their natural curiosities, and allow them to move freely in the way they were designed to do. In other words, restore and enrich the play children so desperately need.

My very first day of TimberNook confirmed I had made the right decision. We had a young boy attend our program with significant gross motor (big muscle) delays. As we navigated the bumpy, root ridden path down to the TimberNook site, he seemed a bit weary and perhaps clumsy, but excited nonetheless. Well, imagine our surprise when he spent the first half of the day climbing that steep hill and descending more and more quickly with each turn. By the end of the morning, he had most of the children engaged in a game of running down that hill, screeching joyfully! You may have expected him to avoid such an arduous task, but his body seemed to know it was something worth practicing here in the woods, where there was no one to pressure or judge him. This self-directed game of challenging himself became even more significant when friends joined in on his adventure.

Over the course of the week, I learned more about this child. His parents stated that he hadn’t been successful in any daycare or preschool program. He had been labelled “aggressive” in other environments and often had a hard time leaving his mother’s side. Tears formed in his mother’s eyes more than once as stories of success were shared with her after each day of programming. Often with a smile on his face, this little boy practiced every skill an occupational therapist could hope for without the adults directly intervening for anyof it. The environment that was created with great intention was all he needed to inspire hours of play, therapy, and movement.

Now, instead of spending days working against the system and feeling ineffective in my efforts, I spend my days in awe of how capable children truly are when given the right environment and opportunities. I have finally found a way to truly help children – and this brings absolute joy into my life.

We must recognize that child-led outdoor play is a primary occupation for children and the foundation for development. We need to advocate for effective change in our communities and re-think the environments children spend most of their waking time in so that our service demand for occupational therapy is not so extreme. As therapists, we can make a difference if we think outside the box, but also adhere to our most basic principle: enable engagement in meaningful activity! For children, that is play – LOTS of it.

Rough and Tumble Play – Develops Strong & Capable Children A Case for Space: Easing the Mind of the Anxious Child